Home|Travel Tips|How Not to be the Worst Tourists in the World?

I was just reading a report on Satya Nadella being considered for the coveted post of CEO at Microsoft. As I scrolled down, I saw that there were lots of anti-India trolling in the comments section. Then, just out of curiosity, I fired up Google and queried “Worst Tourists in the World”. First, the good news is that Indians are not the Worst Tourists (that ignominy goes to the Americans). The bad news, however, is that in most of the lists that are on the Internet, Indians make it to the most of top 10 worst or disliked tourists. 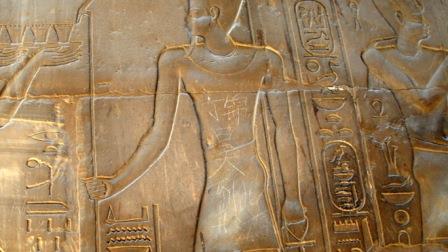 “Ding Jinhao visited here” written by a Chinese kid on the wall of 3,500-year-old Luxor temple in Egypt

Now, most of us will argue that since we have such a large population, statistically we are bound to make top 10 lists especially in bad ones, right? Wrong. What if we could change the perception of other nations towards us by simple changes in behaviour? It is accepted that when we travel abroad as tourists or for other reasons, we are representing our nation. Therefore, I am listing here some of the pet peeves of people around the world about Indians and how simple changes in our behavior will win their respect for us. (This could be applicable to other countries as well, though)

Indians are Dirty / Smell of Curry etc. Now, this seems to be an extension of our nation’s image around the world. But, you will agree that some of our countrymen do not bother to be presentable. While almost all of us bathe (some even twice or thrice a day), one should also wear some perfume or deodorant that is pleasant smelling – although applying too much may also be a cause for revulsion. Be sure to invest in a good perfume before you embark on your trip. Cleanliness also applies to your flight or your hotel room. When you check-out, don’t leave the room as if a tornado hit it. At least keep the stuff where it belonged, put the trash in a bin, make up the bed and for heaven’s sake, flush the toilet! I have heard some telling me as to why bother when we are paying them so much and that it is their job? That argument does not merit another retort, but a simple reply that it just makes the belief about Indians more justifiable when tourists from other nations do not behave this way. Ditto for the flight. When we were returning from Istanbul to Mumbai, the Boeing 777 we entered was spic and span (as it should be). When we disembarked at Mumbai, the plane looked like a railway compartment of Indian Rail – toilet paper (yes!) strewn about, food on the seats, hazelnut packets on the floor, the toilet choked with baby diapers – it is enough to disgust any self-respecting Indian.  It just takes a little extra to be hygienic – please do it.

Indians don’t Bother about Local Customs. When you travel abroad, one should be mindful of the local customs and traditions. So if a visit to the church means no capris or flip-flops, do obey them rather than arguing about your entry-ticket being wasted. Please be sure to read up on the local people and their behaviour. If you start asking too many questions that the locals find uncomfortable to answer, you run the risk of being called boorish.

Indians are Inconsiderate / Insensitive. On our tour bus in Dubai, two Indian women were talking rather loudly about the various sights while listening to the commentary. One of them even got out her phone to ask someone in Hindi about a mall – whether it was good enough for them to shop etc. Come on, people are listening to the commentary, not you even if you flew in First Class on Emirates. This is the sort of behaviour most people will frown upon. Calling people “chinki, kaalu etc” is another shameful act we must get rid of. I have seen a group of Indian tourists sitting on the floor at Istanbul’s Ataturk airport, waiting for their flight back home. Nothing wrong with it…except that they were eating their ‘farsaan’ and singing ‘antaakshari’ very loudly! You will also find some being chased by a poor farmer in Switzerland for trampling his fields so that they can get a photograph of the whole group. Or how about another ‘farsaan’ break at the Vatican? If we don’t like them breaking customs when they enter our temples or other places, why should they tolerate some tourist violating theirs?

Indians are Cheapskates. Well, no one is forcing you to tip. That is not the point here (although tipping is an acceptable norm almost everywhere). I saw a lady shouting at a vendor in Genting Highlands, Malaysia because her son did not get the teddy bear in the game…the fact that the little brat could not shoot the pins did not bother her – she just wanted her ‘raja beta’ to have it because she paid some money even if it was a fraction of the cost! Our bargaining skills are legendary, and are alright to a certain point. If you continue to be a pest and annoy everyone with the loud haggling, you are in danger of being shooed away. Also, please don’t pack breakfast from the buffet table in your hotel for some nonsense reason…at best you will be laughed at…at worst, the hotel staff will simply ask you to refrain from it, thus causing embarrassment in front of other guests. Commenting to the shopkeeper that the bottle of water costing 2 Euros is ‘loot’ as compared to India, will not get us anywhere. Get your own bottle filled from the hotel tap if one feels strongly about it – the tap water in most developed nations is potable and safe. If say, a taxi fare comes to $20, don’t give $18 and say ‘that’s that’ – it is usually the other way round i.e. the taxi fare is $18 and you give $20 and say ‘keep the change’ – again no one is forcing you to.

So, my recommendation to fellow tourists is to be clean, dress appropriately, wear perfume / deo, behave well as per customs, and pay the right amount for goods and services. These seemingly obvious behavior will go a long way in Indians winning the hearts of people the world over. The argument that “We are like that only” or “chalta hai, dude” is what gets us a country in thick s#!t.

I hope you all take it in the right spirit and don’t flame the comment section with hatred…Jai Hind! 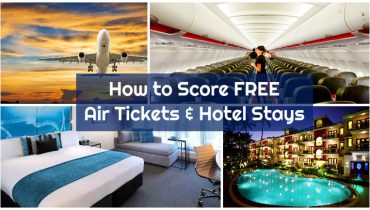 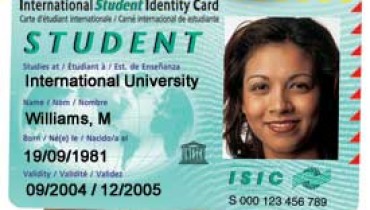